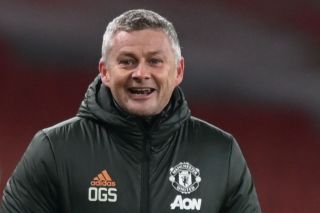 Ole Gunnar Solskjaer doesn’t get everything right. He is a novice in terms of managing at a big club, and he isn’t the star name of Jose Mourinho or Pep Guardiola, dressed in medals and silverware. But as his Manchester United tenure progresses, Ole Gunnar Solskjaer deserves credit, and it’s a bitter pill for many outside the club to swallow.

There has been a long-standing media drive against Manchester United, and it is one we have come to grow used to as fans of one of the biggest clubs in the world, of course rival fans are always eager to downplay any achievements the club go on to gain, but a worrying trend amongst fans of the club is growing and it appears that a good portion are beginning to follow suit. But it is becoming harder and harder to do so. This season, like it or not, love it or hate it, has been the best since Sir Alex Ferguson departed.

Solskjaer doesn’t get it all right by any stretch. At times he is late to change things on the pitch, United struggle to break down teams defending deep, and this season the games against the “Big 6” have seen a much more defensive approach than perhaps was needed.

These go without saying, and the insistence to point them out has gone beyond tedium, but slowly they are becoming peripheral issues as Southampton proved. And it is the 9-0 thrashing of the Saints that has prompted me to move on this. The outcry from the media and rival fans, digging for any semblance of wrong-doing towards Southampton, pointing out they didn’t have their strongest side out, focusing on a rather soft penalty, have all been cited since the full time whistle. The eerie silence from sections of the support, the ‘I-told-you-so’ brigade, spoke volumes.

The fact of the matter is United have improved under Solskjaer. There is progress. United sat top of the table after Christmas for the first time since the Great Man. Before that they were level on points with Liverpool, and are currently with Manchester City, though the Citizens have 2 games in hand (1 in the hand is better than 2 in the bush mind). United are the top scorers in the league, they haven’t lost a game away from home in over 12 months domestically, and have participated in the latter stages of every cup competition except the Champions League. He’s got a tune out of Paul Pogba whilst the situation surrounding him looked its most perilous. Luke Shaw is in the form of his life, and Fred very much looks like growing into an important player for the club.

It says a lot that the world is looking for even even smallest reasons to downplay a record-equaling victory as they are doing. Leicester were ruthless, when Liverpool put 7 past Crystal Palace it was the best thing ever seen, and when Spurs rolled into town and stuck 6 past United, the red card didn’t matter and Spurs were imperious.

It rankles somewhat, but at the same time it’s the best feeling in the world. Manchester United may not be 100%, but they’re on the way back with Ole at the wheel, and the Mourinho-lovers amongst us, the press and rival fans better get ready for it.