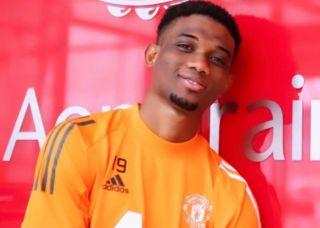 New signing Amad Diallo is getting friendly with his teammates at Manchester United.

This week he trains again with the first-team ahead of the weekend’s clash with Everton.

Diallo was pictured with Paul Pogba, recreating a picture the pair took together in 2015, as per United’s official website.

The more recent picture was taken during Thursday’s training session at Carrington.

There will be fans listening out for sound bites from Solskjaer’s press conference later today to hear whether Diallo will be in the squad to face Everton.

Last week he scored two goals on his U23 debut as United put six past Liverpool — the other four goals were scored by Joe Hugill.