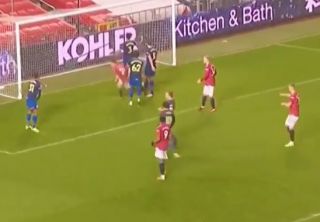 After Alexandre Jankewitz was sent off inside the first two minutes of the match, United took the lead through Aaron Wan-Bissaka. Soon after goals from Marcus Rashford and Edinson Cavani followed — as well as an own goal from Jan Bednarek.

Anthony Martial came off the bench to replace Cavani and found the net twice, while Scott McTominay and Bruno Fernandes also got in among the goals.

Daniel James snored the winner with only a few seconds left on the clock — and McTominay was seen screaming at his teammate to grab the ball and score a record-breaking 10th goal.

The referee blew for full-time shortly after.

The 9th goal came in the 93rd minute and to see the boys push on for another is encouraging to say the least.