Manchester United dominated Southampton in the first-half and Ole Gunnar Solskjaer decided at the break to give Luke Shaw a rest ahead of this weekend’s clash against Everton.

Shaw provided two assists even though he played only 45 minutes against the Saints. I would go as far to say he’s in the form of his life and hopefully he can do it consistency between now and the end of the season.

When Shaw went off, on came Donny Van de Beek. This switch saw Fred drop in to fill in at left-back for the second half. It made sense for Ole Gunnar Solskjaer to make this alteration against a 10-man Saints side.

United were also winning 4-0 — and managed to score another five goals in the second half.

Fred played pretty well on the night and was compared to Roberto Carlos by his teammate Bruno Fernandes. The Brazilian midfielder joked in response to the Instagram comment, saying he preferred ‘a mix of Roberto Carlos and Marcelo’. 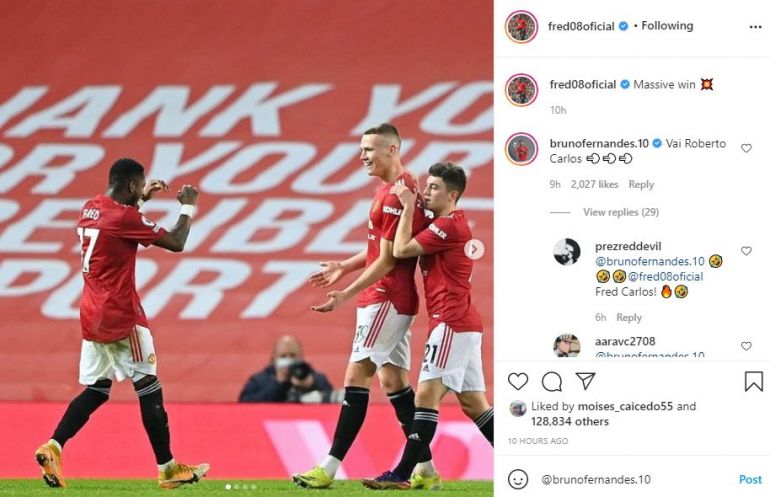 There’s a good spirit in the dressing room right now and Pastor Fred has a lot to do with it.