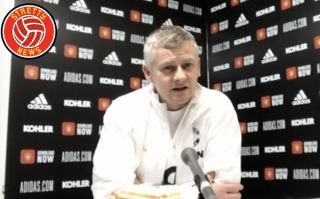 Ole Gunnar Solskjaer has hailed left-back Luke Shaw and reveals the defender’s high intensity and fast-pace running are the main reasons why he’s enjoying such an upturn in form.

Shaw, 25, has been in fine form during the first-half of the 2020-21 season with some of his best moments coming in the new year.

The English full-back is arguably one of the first names on Solskjaer’s team-sheets, and with good reason too.

Shaw was back in action during Tuesday’s match against Southampton which resulted in the Red Devils running riot, thumping the south coast outfit a record equalling 9-0.

Speaking after the exciting match, Solskjaer took the time to praise his first-choice full-back, the Norwegian said: “He [Shaw] has played really well […] With the way he plays at the moment, with the intensity, the sprints and the high-speed running…”