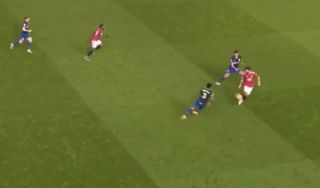 Manchester United are on fire!

A vicious tackle on Scott McTominay by midfielder Alexandre Jankewitz after just 79 seconds left United’s south coast opponents with it all to do.

Refusing to take their foot off the gas, the Red Devils have put the Saints to the sword during the game’s first 45-minutes.

Surprisingly, one name who has yet to make it onto the scoresheet has been midfield sensation Bruno Fernandes.

Despite being unable to net one himself, that hasn’t stopped the Portuguese Magnifico from showcasing some superb football.