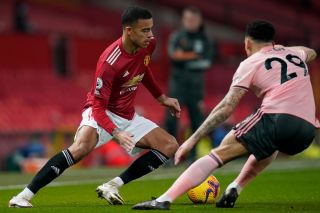 There’s no place in the line-up for Anthony Martial, but at least we should get to see Marcus Rashford on the left flank and Mason Greenwood cutting in from the right.

Edinson Cavani leads the line so there shouldn’t be any excuses for not scoring against the Saints.

It’s a big night for Manchester United in the Premier League title race — if you believe one already exists — but they really can’t afford to be losing this fixture at home if they’re to back up our claims of progress.

They didn’t respond to the shock defeat against Sheffield United because they drew away to Arsenal on Saturday. I expect better from a side on the cusp of challenging for the Premier League and tonight is another test.

I fancy United the bounce back but it’s important that our forwards start firing again. They have been quiet for too long and the critics are getting louder.