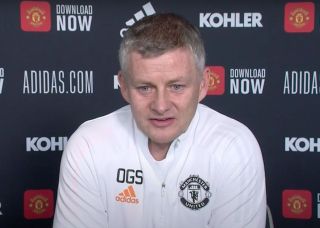 The United boss is hoping from a reaction from his side after two disappointing results against Sheffield United and Arsenal meant the Reds relinquished top spot in the league to rivals Manchester City.

Solskjaer is expected to rotate his side that failed to breakdown at Arsenal at the Emirates on Saturday.

But the game could come too soon for new signing Amad Diallo, who stole the headlines by scoring a brace for Neil Wood’s U23 side against Liverpool last weekend.

Solskjaer discussed Diallo’s development, Joe Hugill plundering four goals in the academy fixture, as well as possible outgoings in the final hours of the transfer window.