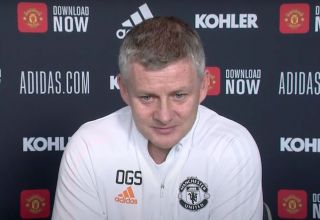 Ole Gunnar Solskjaer has confirmed it won’t be long before Amad Diallo will be involved in a Manchester United first-team matchday squad after a dream debut for the U23 side on Saturday.

Hours before United’s Premier League draw against Arsenal at the Emirates, Diallo scored two goals in a 6-3 victory over Liverpool on his debut for Neil Wood’s development side.

The Ivorian winger was initially signed from Atalanta on last summer’s transfer deadline day but arrived after a visa was finalised last month and impressed on his first outing in a red shirt.

Diallo slotted cooly in the 14th minute after robbing a Liverpool defender of possession before showing his exuberance with a panenka penalty to make it six at Kirkby Academy.

Solskjaer was asked about Diallo’s eventual transition into his first-team plans in Monday’s press conference and joked that striker Joe Hugill should have stepped up rather than Diallo for United’s penalty. 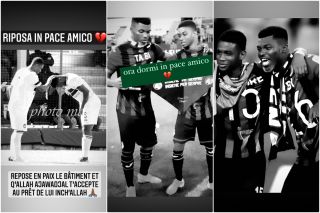 “We’re going to give him the time to settle in and keep showing his skills, improving, get used to England and our way,” Solskjaer said, as quoted by the MEN.

“If we go from that game, I’d pick Joe Hugill: scored four goals, should have taken the penalty and got five instead of giving it to Amad, so Amad got two!”

“But Amad has come in and does well in training, he’s got very good, close technique, he’ll open up defences, so I don’t think it’s gonna be too long before he’s involved in a matchday squad.”

Diallo unsurprisingly stole the headlines on his debut but Hugill plundering four goals was the latest sign of his potential at Old Trafford.

Hugill, 17, was signed from Sunderland academy last summer and already has eight goals for the U23 squad.

Meanwhile, Diallo could be included in United’s first-team squad for the first time as the Reds look to get back to winning ways in the Premier League at home to Southampton on Tuesday.