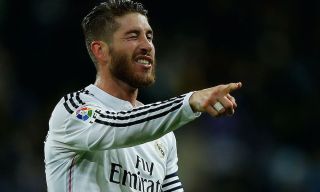 Since joining the La Liga giants nearly 16-years ago, the commanding Spaniard has gone on to become one of the sport’s most decorated players.

However, in a shock turn of events, the Los Blancos star, who will undoubtedly go down as a club legend, has been tipped with making a shock exit from the Santiago Bernabeu.

There was a time when imagining Ramos playing anywhere other than in Madrid would have been too hard for most fans to believe, however, a new club is slowly becoming a real possibility for the 34-year-old.

With just six-months left on his deal and after struggling to agree new terms, according to the Mirror, Ramos is rumoured to be eyeing a move away from Spain.

The financial implications suffered due to the ongoing COVID-19 pandemic are believed to have prompted Real Madrid to ask Ramos to take a 20% pay-cut; something he has already rejected on two different occasions.

It has been reported that Ramos will only have a handful of clubs to pick from due to his wage demands of upwards of £200,000-per week, despite being well into his 30s.

The defender is believed to be a target for the likes of PSG, however, the Mirror claim the 34-year-old has identified United as his preferred destination.