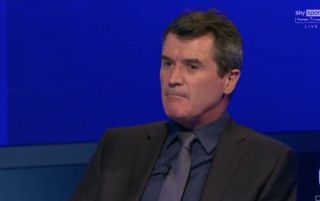 Roy Keane was baffled by Manchester United after the goalless stalemate at the Emirates.

Manchester United dropped points for a second time this week when they drew with Arsenal, after losing 2-1 against Sheffield United on Wednesday night.

Keane thinks United lacked the belief needed to push on and beat Arsenal, which is a complaint some United fans had with the side when they drew 0-0 at Anfield two weeks ago.

He thinks that the players need to realise what club they are playing for — and should look at vulnerable teams like Arsenal, who were missing players, and believe they have what it takes to go out and win.

Keane was a winner and it was very different when he was the captain in the dressing room, but it is time for someone to stand up and lead the way. We can’t expect Bruno Fernandes to do that on his own.

He said on Sky Sports: “Imagine being Man United and lacking belief you can win a game of football.”

Keane also went on to say he disagrees with Solskjaer when the Norwegian says United played well.

🗣 "Imagine being Man United and lacking belief you can win a game of football."

Roy Keane and @Carra23 have their say on Manchester United and their performance today. pic.twitter.com/Nkq9wXMIT7

🗣"Ole said it was a good performance, I disagree"

Jamie Carragher was sure to stick the studs in deeper. He added: “It’s like they can’t believe where they are,” which is harsh criticism when nobody expected us to challenge for the title this season.