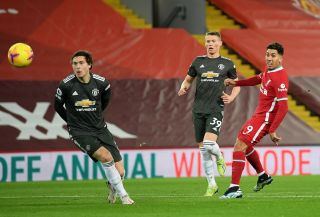 We are still a few hours away from kick-off but sources close to the club have dropped a few hints as to who will be in the starting line-up.

We understand that Edinson Cavani and Marcus Rashford will lead the line for United against Arsenal, with no place for Anthony Martial in the starting eleven. Some will say the Frenchman deserves to be dropped after his performances of late, but most notably that game on Wednesday night against Sheffield United.

There won’t be any surprises in defence, apart from Victor Lindelof partnering Harry Maguire but we must also remember that Eric Bailly has been carrying a knock. Luke Shaw will slot back in at left-back and Aaron Wan-Bissaka is one of the first names on the teamsheet.

In midfield we can expect Scott McTominay and Fred to return, with Paul Pogba and Bruno Fernandes expected to drive United into the final third. It will be intriguing to see how the midfield battle goes today.