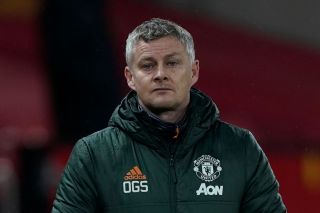 The Strettycast brings you a Q&A special this week because our emails were busy after Manchester United’s 2-1 defeat against Sheffield United on Wednesday night.

This week’s episode was recorded on Thursday morning and released late last night, but it’s never too late to catch up with myself and Mike on the Strettycast.

United were bad on Wednesday night and so were the officials. Ultimately, we agree on the show that Sheffield United deserved the win and that Ole Gunnar Solskjaer hasn’t got time to dwell on things.

Our trip to Arsenal on Saturday evening needs to be ticked off with a win.

There’s plenty of discussion on who didn’t perform against the Blades midweek. Most notably Anthony Martial takes a lot of criticism but it’s now over to him to set the record straight.

The Frenchman has a lot to prove between now and the end of the season, but we call to see more of Mason Greenwood in a United shirt. At least he’s got a higher ceiling than the former AS Monaco starlet.

Anyhow, let us know what you think of this week’s episode and make sure to subscribe to the Strettycast on your favourite podcast app.

Send your emails for Sunday’s podcast to dale@strettynews.com.