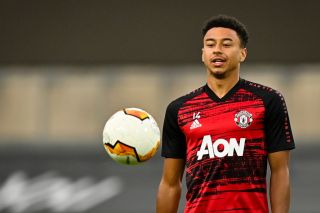 Jesse Lingard is on the verge of joining West Ham on loan.

Ole Gunnar Solskjaer was asked about the departing midfielder at this afternoon’s press conference and he made it clear that the door will be kept open for Jesse Lingard to return.

“We want Jesse to come back here revitalised having proven himself at West Ham,” Solskjaer told reporters, as per Manchester Evening News.

“He has been unfortunate with us. I just want him to go there and enjoy himself.”

First and foremost, everyone wants Lingard back on the football pitch enjoying what he does best. Using the Emirates as dance floor!

It has been a difficult year for the 28-year-old but he must push on now and make something of his career. There’s nothing stopping him from playing week in week out elsewhere, is there?

This spell at West Ham could help Lingard fall back in love with the beautiful game. I certainly hope it does because he is a player who has always been harshly criticised by certain fans on social media.