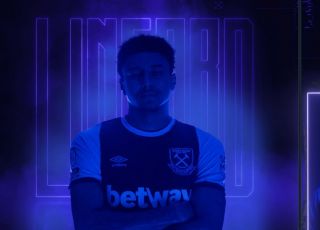 West Ham have signed Manchester United midfielder Jesse Lingard on loan until the end of the season.

The Hammers have managed to secure a deal for Lingard after the midfield fell down the pecking order at Old Trafford, as per Sky Sports.

Lingard has not made a Premier League appearance this season and will now link up with former Manchester United manager David Moyes down in London.

A change of scenery could be a good thing for Lingard, who needs a fresh start in his career. Hopefully he will get the game time he needs to flourish in the top flight because Solskjaer has made it clear that the door will be kept open for him to return when his loan spell expires at the end of the season.

United recently triggered a one-year extension on Lingard’s contract which keeps him at the club until the summer of 2022, but he is very much playing for his career between now and the end of the season.

His stock has not only fallen at United, but he’s not getting called up to Gareth Southgate’s England squad anymore. Can he do enough in the coming months to get his place back for the European Championships?

In his announcement video after joining West Ham on loan, Lingard is called a ‘Hammer’ by the official West Ham Twitter account.

Are you sure about that?

“I’m excited,” Lingard told West Ham TV. “It’s another new chapter in my life. Nothing is guaranteed but I’ve come here to work hard and help the team and bring my experience. That’s the main aim. I just want to enjoy my football and get back playing again and get my feet back on the pitch.

“There were lots of clubs involved but, for me personally, I felt this was the right move. I’ve obviously had a previous relationship with the manager as he was at Man U and I’ve played under him before, so he knows my qualities and what I can bring to the team. I know a couple of the players as well — I know Dec [Rice] very well from the England side — and I feel I can really settle in here quickly.”

On linking up with Moyes again, Lingard added: “It’s important that a player and manager have a good relationship. He’s got really good morals, he gets his team working hard and I’ve had a chat with him already and there are no guarantees — it’s down to me to put the work in and put the graft in, to get into the team and play well week-in, week-out.

“I can’t wait to show [the West Ham fans] what I’ve got in store. I’m excited and I want to help the team push up the table as far as they can.”

“We’re bringing in that versatility, I’ve wanted to try to get an energetic team at the moment and Jesse has been known for his work-rate and effort, so I think he’ll fit in nicely with what we’ve got.

“I hope he brings us a little bit of quality too, and a winning mentality from Manchester United.”

We wish him all the best.