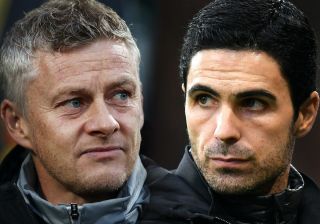 Manchester United will be looking at making a return to winning ways when they face Arsenal at the Emirates in the Premier League on Saturday night.

The Reds go into the game on the back of a shock 2-1 defeat to Sheffield United at Old Trafford whilst the hosts ran out 3-1 winners over Southampton at St Mary’s.

Eric Bailly is a doubt to face the Gunners having picked up an injury throughout training during the week, however, Ole Gunnar Solskjaer has confirmed the Ivorian will travel to London with the squad. Victor Lindelof also remains doubtful to feature against Arsenal with the defender still struggling with a back injury.

Defeat to Sheffield United on Wednesday night came as a massive shock and was a result nobody could have foreseen coming. Sat rock bottom of the table this was game United were looking to get their goal difference up in not a game in which you could have ever dreamt of seeing United get beat in which is why its so important that the club bounce back immediately this weekend however it wont be easy.

Arsenal looked to have turned a corner in recent weeks following their poor start to the season and United will have to be at their very best should they wish to defeat the Gunners.

Going forward with Lacazette, Pepe and co they are a real threat and United’s defence will have to be on top from should they wish to keep the Gunners at bay.

The Reds away form has been particularly impressive this season and it will take a similar type of away performance we have seen in games gone by against PSG, Everton, Newcastle and the likes should we wish to leave the Emirates with all three points.

Having been knocked off top spot and now trailing neighbors Manchester City by a point this is a game United dare not slip up in. City look to be back to their best under Guardiola and also have a game in hand over United which makes Saturdays game a must win for United.

Games in the past against Arsenal have never easy and Saturdays will be no different. United have a real tough task on their hands beating Arsenal but after Wednesday nights defeat this a game they dare not slip up in should they wish to win the Premier League title this season.