Scott McTominay has taken to his social media to send a classy message of support to team-mate Axel Tuanzebe who suffered a spate of racial abuse following United’s recent 2-1 defeat to Sheffield United.

Despite putting in a display which was far from his best, of course, it goes without saying, no one deserves to receive such hate filled comments and Tuanzebe is no exception.

The actions of those pockets of fans have resulted in the club issuing a formal statement, which can be read in full on their official website.

However, in addition to the club’s strong stance on the issue, the latest name to come out in support of his team-mate is midfielder McTominay.

“My brother!” McTominay wrote on his Instagram. “Disgusted with what I have read this morning.” 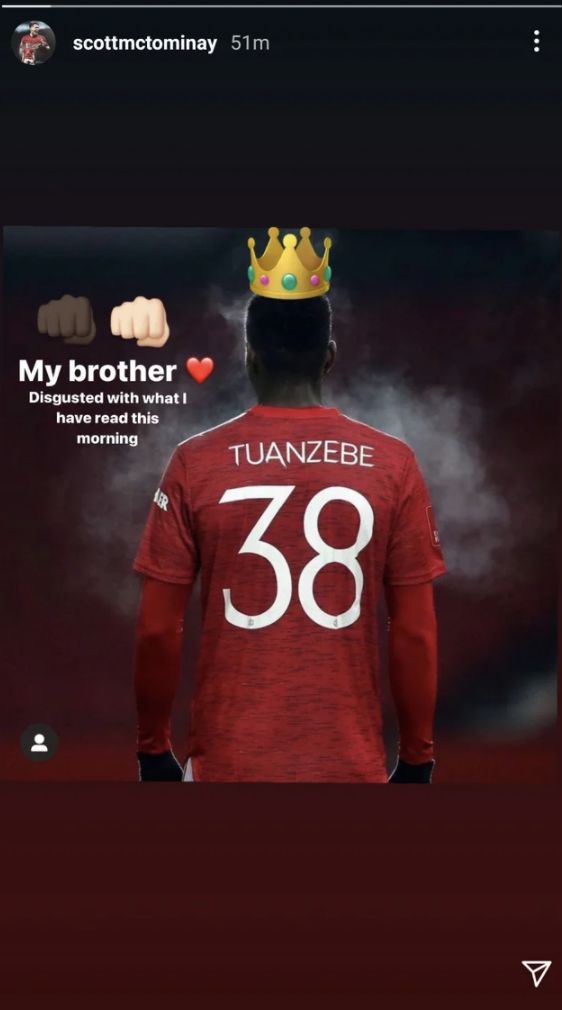