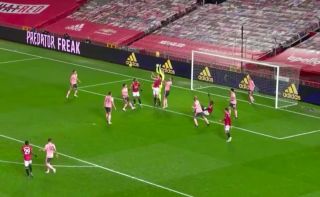 Manchester United fans have the right to feel aggrieved after Anthony Martial’s equaliser was disallowed against Sheffield United at Old Trafford.

Ole Gunnar Solskjaer’s side fell behind in poor circumstances as David de Gea failed to command his six-yard box and Kean Bryan nodded in an inswinging corner.

United could have responded through a set-piece of their own after Martial stroked home into an unguarded net as Aaron Ramsdale failed to deal adequately with a second ball.

But Harry Maguire was penalised for a foul as he challenged Ramsdale for the ball, despite seemingly making less contact than Blades striker Billy Sharp did for Bryan’s opener.

See the disallowed goal below. Footage courtesy of BT Sport: 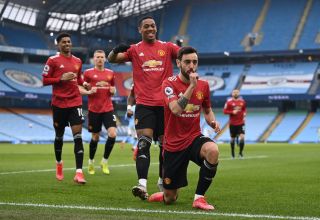