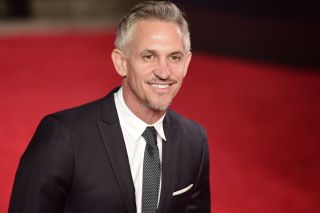 Gary Lineker says a lot of things I consider frightening.

The thought of Manchester United challenging for the Premier League title this season excites me, but I don’t want it taken from me before it even starts.

Man City destroyed West Brom last night — a terrible side with a new manager looking to do anything to hang onto Premier League status — and the commentators couldn’t compliment Pep Guardiola’s side enough.

I get it because City are a great side when they get going, but it takes away from the excitement of a potential title race between the two Manchester clubs. It’s also disrespectful to the other teams challenging because there aren’t many. Leicester City are having back-to-back competitive seasons near the top of the Premier League and nobody wants to talk about it.

Perhaps Sky and co are just hungover after realising they won’t be mocking up promotional Liverpool videos this season. Match of the Day presenter Gary Lineker has certainly found a way to keep the ABU wheel moving.

A @ManCity side playing their best football again, with a strong defence, is a frightening thought for the rest of the league…and Europe.

How many years are they talking about City and the Champions League despite them never going all the way? It undoubtedly plays on Guardiola’s mind that he’s only won it with Lionel Messi at Barcelona, and it’s never too late to throw all your eggs in one basket.

You can probably see where I’m going with this but it seems like nobody wants to seriously talk about United challenging. Is it too early?

Surely, on the basis of what we’ve seen in the season up until now, United will have left you feeling most impressed out of the two Manchester outfits. All of a sudden we’re forgetting that they’ve struggled without Sergio Aguero for a considerable amount of time.

My point is, this is going to be a long season for both teams who are also involved in other cup competitions. City will be hungry to win back the title after falling to Liverpool last year, but would they take a run at the Champions League instead?

I’m not sure how much European football Lineker watches but I wouldn’t fancy City’s chances in the Champions League this season.