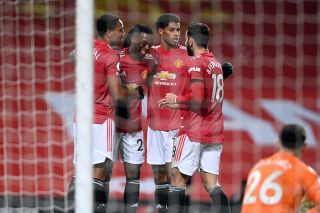 United can return to the top of the Premier League with victory over Chris Wilder’s bottom-placed side after Manchester City reached the summit for the first time this season after thrashing West Brom 5-0 on Tuesday.

The Blades appear doomed with just five points all season but will take confidence from wins in two of their last three games.

Solskjaer has made six changes to his team that overcame Liverpool to reach the FA Cup fifth round on Sunday.

Anthony Martial returns to lead the line with Edinson Cavani dropping to the bench following an impressive display against Jurgen Klopp’s side.

Martial scored a hat-trick in the same fixture in June after Project Restart and will be supported in a triple-pronged attack including Marcus Rashford and Mason Greenwood.

Axel Tuanzebe makes a rare start in central defence alongside captain Harry Maguire and Alex Telles comes in for Luke Shaw at left-back.

Paul Pogba retains his place in the midfield axis but will be partnered by Nemanja Matic with Scott McTominay dropping to the bench.

Bruno Fernandes unsurprising returns in attacking midfield after his match-winning goal from the bench against Liverpool.

🚨 Tonight's team news is locked in! 🔒 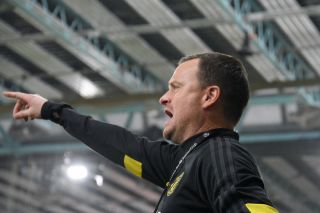