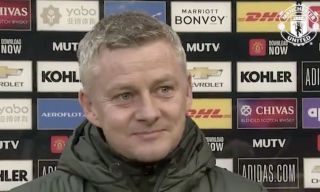 United come into Sunday’s match in fine form after cementing their place at the top of the Premier League table with a recent 2-1 win over Fulham.

Elsewhere, Liverpool appear to be a shadow of their former selves after showcasing some patchy form.

However, with that being said, you cannot ever rule Jurgen Klopp’s Reds out and Solskjaer knows Sunday’s match will be a tough encounter once more.

The Norwegian gaffer has revealed that winning cup games in extra game is a special feeling but has admitted he’d rather his side do it in more comfortable fashion.

🔊 Time for a pre-match word from Ole, who explains the thinking behind today’s team rotation 🔁