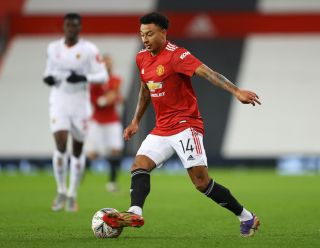 The Manchester United squad leaked by the Manchester Evening News ahead of today’s FA Cup fourth-round tie against Liverpool has left me a little surprised.

Many fans have been expecting Amad Diallo to feature in today’s match day squad. As reported here, a reputable Norwegian journalist revealed that the Ivorian winger has been impressing in training and that he wouldn’t be surprised if Diallo was named in the squad to face Liverpool.

Fredrik A. Filtvedt has done interviews with Solskjaer this season and we know from following his social media that he is close to his entourage.

That’s why we at Stretty News are inclined to relay the information passed on by Filtvedt, even if his tip appears to be wrong this time around.

The MEN find out who is in the squad by having photographers check who arrives at the Lowry Hotel prior to games.

We’re all excited to see the new boy in action for the first time but trust Solskjaer to be the best judge of deciding when the time is right.

The other name I am surprised to see missing is Jesse Lingard, who featured in the previous round against Watford.

This comes after reports from the MEN to suggest Lingard has been axed from United’s core squad.

The 28-year-old has been a fringe player for United this season and Ole Gunnar Solskjaer made it clear that he would let the midfielder to leave the club, saying (via Irish Times): ‘I don’t want to go into individuals but we can probably allow one or two more to go out.’