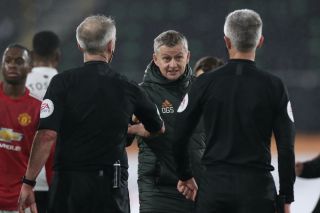 Manchester United will be looking to book their place in the fifth-round of the FA Cup when they take on Liverpool at Old Trafford on Sunday afternoon.

The Reds go into the game on the back of a terrific 2-1 victory over Fulham at Craven Cottage in the Premier League whilst the visitors were beaten by Burnley in a shock 1-0 loss at Anfield on Thursday night.

Head coach Ole Gunnar Solskjaer is widely expected to make changes to the team to face Liverpool with Van De Beek, Juan Mata and Daniel James all pushing for starts.

Having already won the FA Cup a mighty impressive 12 times, United are no strangers to winning this competition and in facing Liverpool on Sunday it provides the Reds a fantastic opportunity to progress to the next round.

Liverpool do not look the same side this season. The Liverpool side that swept away teams for fun and stormed their way to the title last year isn’t here this season and with Jurgen Klopp also expected to make a number of changes to his starting eleven, this is a game I expect United to win.

Solskjaer showed Liverpool far too much respect last time round at Anfield and if United can attack Liverpool right from the off, and really go for it, then I feel we should have too much for them.

Liverpool’s defence, in particular, has looked shaky all season long and without Van Dijk at the back they are vulnerable.

Sundays game provides United a fantastic opportunity to not only progress to the next round of the FA Cup, but to also keep the momentum going on other fronts.

Beating Fulham during the week took United two points clear at the top of the Premier League table and with the Reds also in the latter stages of the Europa League, the club find themselves in the hunt for three trophies.

If we beat Liverpool and book a place in the FA Cup firth-round it will install further belief amongst the Manchester United faithful that Solskjaer could yet make this season a memorable one.