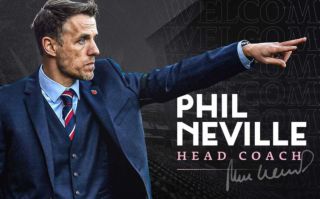 Neville, who has just stood down as England Women’s team head coach, will be hoping to put his knowledge of football in the United States into practice in his new role.

There was speculation as to who would get the Inter Miami job, but it sounds like co-owner David Beckham saw the opportunity to hire an old friend he trusts with doing the job.

“I am incredibly delighted for this opportunity to coach Inter Miami and to work with Chris and the entire ownership group,” Neville said as per Inter Miami’s official website. “This is a very young club with a lot of promise and upside, and I am committed to challenging myself, my players and everyone around me to grow and build a competitive soccer culture we can all be proud of.

“This fantastic soccer-loving market deserves consistent performances and a winning mentality, and I look forward to getting to work.”

As a high profile announcement, the 43-year-old will bring a lot of attention for the MLS side — an increased awareness along with Beckham to help bring in new players and generate media as well as sponsored interest.

Neville has yet to announce his technical staff but we’ll be keeping a close eye to see whether more former United players decide to go across the pond to work in Miami.

He is still an inexperienced coach, but one who did a good job with the Lionesses.

Time will tell if Neville can take the MLS by storm. 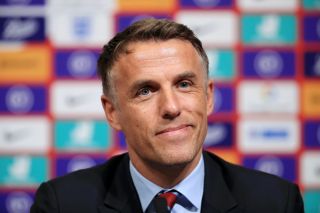