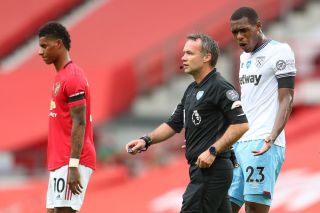 The Premier League have confirmed Paul Tierney will be referee when Manchester United travel to face Liverpool on Sunday.

All eyes will be on Tierney for any in-game controversy because the rivalry between Liverpool and United rarely disappoints.

Stuart Atwell will be the VAR official.