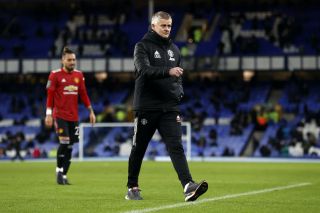 Manchester United and their manager Ole Gunnar Solskjaer are preparing for the biggest week of their season as the Red Devils prepare for difficult upcoming fixtures away to Burnley on Tuesday before travelling to Champions Liverpool on Sunday at Anfield.

The Red Devils progressed to the fourth round of the FA Cup on Saturday with an unconvincing 1-0 win over Championship side Watford at Old Trafford. However, Ole Gunnar Solskjaer rested key players such as Bruno Fernandes, David de Gea, Fred , etc, making nine changes to the starting XI and giving the fringe players the opportunity to get some much needed game time.

There were few positives to take from Saturday’s FA Cup victory, but one positive was Scott McTominay’s performance in central midfield in a game he captained his boyhood club for the first time.

United boss Ole Gunnar Solskjaer rewarded McTominay with the captaincy after his fine start to the season and due to the absence in the starting XI of club captain Harry Maguire.

The only negative from the game against Watford was the unfortunate injury to Ivorian defender Eric Bailly after a nasty collision with United keeper Dean Henderson. The Ivorian central defender has been exceptional in recent weeks and Solskjaer will be hoping he can recover from a suspected neck injury in time for this week’s big away matches.

United are currently second in the Premier League behind Liverpool  — on goal difference — but have a game in hand against Burnley. The Red Devils travel to Lancashire tonight and have the opportunity to go three points clear at the top of the Premier League.

The Red Devils have impressed on the road in the Premier League under the guidance of Solskjaer and have the best away record in the league for the past twelve months. We have not suffered defeat away from Old Trafford for an impressive 356 days since the 2-0 defeat last season to Champions Liverpool at Anfield last January. Since *that* defeat at Anfield, United are undefeated in 14 games; winning 11 and drawing 3. Solskjaer will be hoping United can maintain their momentum going into two massive away fixtures in a season defining week for the Red Devils.

The Clarets have struggled so far this season sitting in 16th position in the table, with manager Sean Dyche continuing to work miracles in Lancashire on a shoe string budget. Burnley are now an established Premier League side and are in their fifth season in the top flight of English football despite having limited resources/budget to attract new players to their squad.

Manager Sean Dyche or, “The Ginger Mourinho” as he is more commonly known as in Lancashire, has been at the helm since 2012 and has made it imperative to the board that he needs to be given some financial support in order to keep Burnley in the Premier League this season.

Burnley have only won four games so far this season and scoring goals has been a major problem for Dyche’s side with them only scoring nine goals in 15 games in the Premier League. Danger men Ashley Barnes and Kiwi Chris Wood have struggled to find form this season scoring only 4 league goals collectively so far this season.

Dyche will be hoping his key players can rediscover their goal scoring form for the second half the season if the Clarets are to have any chance of staying in the Premier League for another season. United have collected all three points the last time the sides played against each other at Turf Moor in December 2019, the match finished 2-0 with goals from Anthony Martial and Marcus Rashford.

However, Dyche’s Burnley defeated United last January 2-0 at Old Trafford in a performance that was one of the lowest points of Solskjaer’s Manchester United managerial tenure so far.

This week’s fixture against Burnley on Tuesday gives Manchester United and their manager Ole Gunnar Solskjaer the perfect opportunity to make a statement with a convincing victory at Turf Moor that would put the Red Devils top of the Premier League.