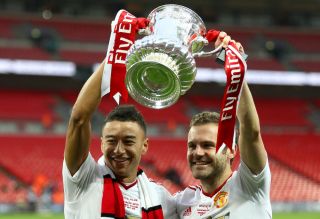 The third round of the FA Cup saw Manchester United overcome Championship opponents Watford in a 1-0 win at Old Trafford.

There is one more match to come in round three, with Stockport taking on West Ham tonight, but our attention is firmly on the draw.

BT Sport 1 will show the draw as part of their pre-match coverage of the final third-round tie, and the fourth round draw is set to be made at 7.10pm with the fifth round draw following at 7.23pm.

Fear not if you don’t have access to BT Sport because you will also be able to watch on the FA Cup Twitter and Facebook pages.