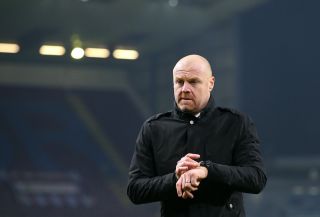 The Clarets have at least four stars missing due to COVID-19 protocols, which will come as a huge boost to United, who could be without Victor Lindelof, Luke Shaw, Paul Scholes and Eric Bailly ahead of the game.

While the Burnley players have not been named, we know that Josh Brownhill, Ashley Westwood, Jimmy Dunne and Bailey Peacock-Farrell were not involved in Saturday’s FA Cup clash against MK Dons.

On top of that, four more players missed out on the match versus MK Dons due to injury, including: Kevin Long, Charlie Taylor, Dwight McNeill and Jay Rodriguez.

Moreover, perhaps Sean Dyche wanted to give his senior players a rest to prepare them to face United.

Goalkeeper Nick Pope sat on the bench at the weekend nursing an ankle injury, so there’s some doubt over him too.

Burnley are a well organised side so it will be interesting to see how they cope without key players, though I’m sure it will be the case that some will return as soon as the words ‘Manchester United’ come from Dyche’s lips.

Solskjaer won’t be speaking to the press until later this afternoon. We’ll have all the updates so make sure to follow @StrettyNews on Twitter if you’re not already.