Ole Gunnar Solskjaer’s job now is to ensure Diallo reaches his full potential at United, and we’re all hoping that once fans can return to games the right-winger will be lifting bums off seats.

It’s now been confirmed that the Ivorian teenager will wear the No 19 shirt at Old Trafford, which was previously worn by Rashford.

The United forward wished Diallo success in the shirt.

He wrote on Instagram: “Hope it [squad No 19] brings you lots of luck bro. See you soon x.” 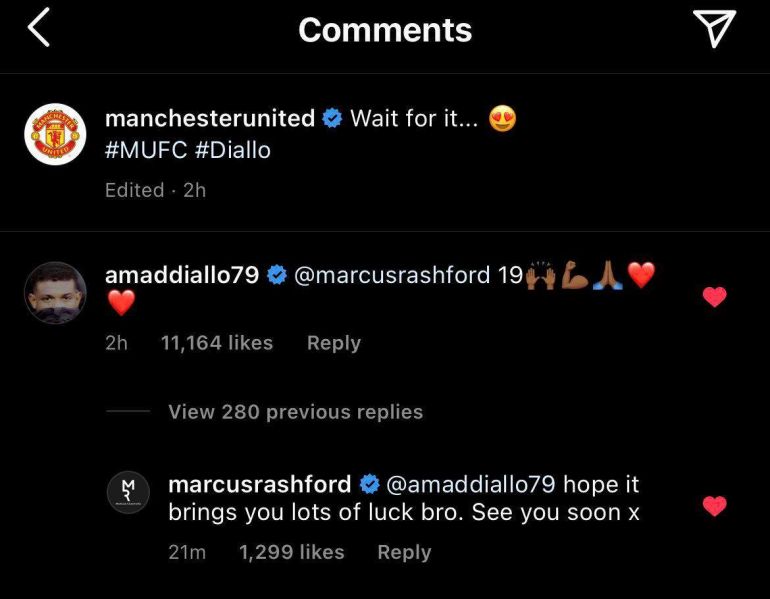 Rashford is certainly one of them, so hopefully together in the team they will score plenty of goals.