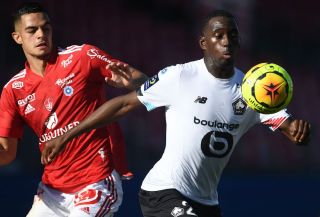 Soumare, 21, joined Lille for free after departing Paris-Saint Germain in 2017.

Since his arrival in Lille, the highly-rated Frenchman has emerged as one of Europe’s most effective box-to-box midfielders.

Soumare has featured in 90 matches in all competitions for Lille during a three-year spell which has seen him relentlessly linked with a big move to one of Europe’s biggest clubs.

However, according to recent claims from football journalist Vito Angele, it is Ole Gunnar Solskjaer’s Red Devils who are leading the race to land the talented 21-year-old.

Speaking on The Italian Football Podcast, as quoted by Evening Standard, Angele said: “He is an important player but I don’t think he will be coming to Serie A.

“Man Utd are working on him and they are the favourites to sign him right now. Lille are also asking a high price for him which is too much for Milan.”

United aren’t short of midfield options, however, holding midfielder Nemanja Matic is now the wrong side of 30 and seemingly on the decline.

Elsewhere, there is still some uncertainty surrounding whether or not Paul Pogba will move on in the summer and with new-signing Donny van de Beek struggling for game-time, now could be the perfect time for Solskjaer to look to the future.

Is Soumare a signing you’d like to see? – Let us know in the comments.