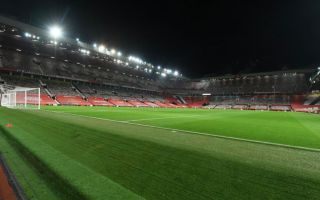 Ole Gunnar Solskjaer has named his starting eleven to take on Watford at Old Trafford in the third-round of the FA Cup.

James Garner is unavailable for Watford tonight, due to the terms of his loan agreement from Manchester United, but there will still be some familiar faces returning to Old Trafford, including Ben Foster and Tom Cleverley.

Dean Henderson gets the nod between the posts which will be no surprise to anyone. If he’s going to get minutes this season they will come in cup competitions, with United still involved in the FA Cup and Europa League.

It looks like Brandon Williams will be operating at right-back, with Alex Telles on the opposite flank and a centre-back pairing of Eric Bailly and Axel Tuanzebe.

In midfield, Donny van de Beek gets a start alongside Scott McTominay (captain on the night) and they will be joined by Juan Mata and Jesse lingard.

Daniel James gets a run in the side and could partner Mason Greenwood up front.

📋 Plenty of changes for tonight's team sheet — come on United!

Hornets winger Ismaila Sarr could be more motivated than ever to grab United’s attention. Watford wanted £50m for the United-linked star in the summer, with The Express claiming they wanted £50m for his signature.

Can Manchester United bounce back from disappointment in the Carabao Cup when they take on Watford at Old Trafford. @MattCritchley1 has some early news ahead of the 23:00 game!#FACup #MUNWAT