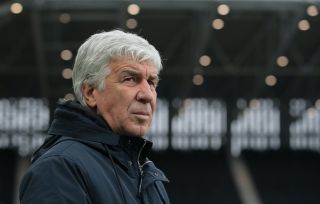 Despite recent reports claiming Atalanta will try and retain Manchester United’s new-signing Amad Diallo on a short-term loan, boss Gian Piero Gasperini has admitted that the youngster ‘will definitely be heading to Old Trafford’ once his transfer’s paperwork is finalised.

Diallo, 18, agreed to join United during deadline day of last summer’s transfer window, however, due to work permit and passport complications, the teenager’s move was delayed until the January window.

The exciting agreement was announced on the club’s official website.

After already having four senior first-team Serie A appearances to his name, Diallo, who operates mostly as a right-sided attacker has emerged as one of Europe’s most gifted players.

However, despite agreeing to join United six-months ago, there were reports that Atalanta wanted to try and loan him back until the summer, as per Sky Sports.

We recently reported that United were set to reject any approaches for the 18-year-old and would instead welcome him to Old Trafford as soon as possible.

These reports have now been backed up after Corriere dello Sport (via Evening Standard) who quote Gasperini on his recent comments surrounding the ongoing saga.

Speaking to the Italian outlet, the manager has confirmed that he has given up in his pursuit to loan Diallo back.

“There seemed to be transfer difficulties,” the Atalanta boss admitted. “But as soon as they are unlocked the player clearly goes to Manchester United.”