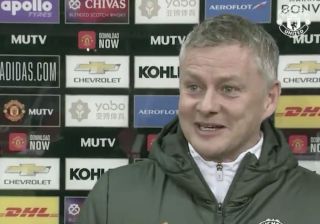 Manchester United manager Ole Gunnar Solskjaer has explained why he has chosen to select Dean Henderson ahead of David De Gea for Wednesday night’s Carabao Cup semi-final against Manchester City.

Henderson is one of two changes Solskjaer has made for Wednesday’s semi-final with centre-back Victor Lindelof coming in, in place of Eric Bailly being the other.

Both sides of Manchester come into the eagerly anticipated match-up in fine form with United unbeaten in seven and City unbeaten in their last 11.

Ahead of the exciting clash which will determine a winner over a single leg, Solskjaer has explained to fans why he opted to recall both players to his United starting line-up.

🗣️ “Dean’s been looking forward to playing at this ground for many years and he’s prepared well.” 🧤