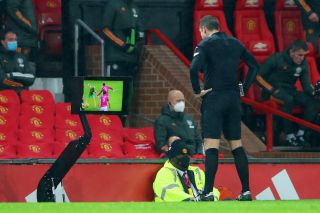 The rules in cup competitions differ to the Premier League rules this season, as will be seen in the Carabao Cup semi-finals tonight.

Manchester United host Man City tonight in the Carabao Cup semi-finals with a place in the Wembley final (April 25) up for grabs.

Clubs are allowed to make up to five substitutes per game — with the number of players on the bench increased to 9.

VAR wasn’t available in the earlier rounds of the Carabao Cuo, but it will be in use again tonight as part of the semi-finals set-up.

These semi-finals are like no other in Carabao Cup history. They will be played as one-off matches due to the congested fixture list.

If both sides are level after 90 minutes and stoppage time there could be extra time and then penalties.