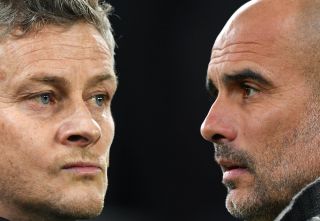 United are set to face-off against arch-rivals Manchester City on Wednesday when the two sides play the second semi-final of the Carabao Cup.

Coming into Wednesday’s important match, United, who are in great form will be preparing for the unusual one-legged tie.

The mid-week semi-final has all the makings of being an exciting match with both sides undoubtedly fancying their chances of lifting the trophy in April.

Speaking ahead of his side’s tie, Solskjaer issued a no-nonsense statement regarding his ambitions to end the Reds’ trophy-less drought.

“We have developed a lot in the last 12 months from last season’s EFL Cup semi-final,” Solskjaer told the BBC. “It is not just a case of learning how to win them, it is earning the right to go all the way.

“But we are confident and we are in good form. There are no excuses.

“You never know what kind of system Pep’s [Guardiola] going to come up with but you know you’ve got to defend really well against City.

“It’s hard to keep the ball in their half because they find a way of overloading, so you’ve got to be brave and compact and trust your players.”

United’s semi-final clash against Manchester City is set to kick-off at 7.45pm UK time and will be available to watch Sky Sports.

Can Solskjaer lead the Reds to their first major trophy since 2017? – Let us know in the comments.

Read more: Solskjaer disappointed to not have Cavani available for Manchester derby