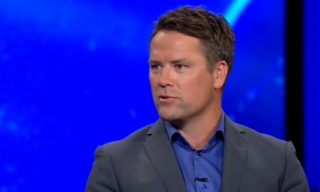 Man City are the current League Cup holders and both sides met at the same stage of the competition last season.

However, the semi-finals last term were played over two legs and City progressed 3-2 on aggregate on their way to a third successive Carabao Cup triumph.

Due to fixture congestion — which was always going to come in a season played during the coronavirus pandemic — the EFL made a wise decision to play this year’s semi-finals over just one leg.

Former England International turned pundit Michael Owen knows what it’s like to score in a Manchester Derby. His match-winning goal against City in the 2009/10 season was by far Owen’s greatest moment in a United shirt – by when he collected his first and only Premier League winners’ medal.

He backs United to win 2-1 tomorrow night, as revealed in an interview, as per the Mirror: “Both Manchester sides are in excellent form ahead of this semi-final clash.

“Manchester City have been steadily improving week-on-week and their progress continued at the weekend, playing some of their best stuff when defeating Chelsea 3-1.

“Having climbed to second position in the Premier League, Manchester United come into this undefeated in their last 7 matches.

“Ole Gunnar Solkjaer is aiming for silverware. However, for that to happen his side must end City’s recent dominance in this competition.

“Interestingly, City have failed to score in their last four visits to Old Trafford. United should line up with the same side that defeated Aston Villa at the weekend with Dean Henderson the only exception in goal.

“With both sides in such good form, it’s no doubt going to be a tight match. That said, Manchester United have tremendous momentum.

“I think they’ll have just enough against a City side who may be slightly understrength on the night.”

It’s going to be a close encounter but we fancy the Reds to reach the Carabao Cup final on the night.