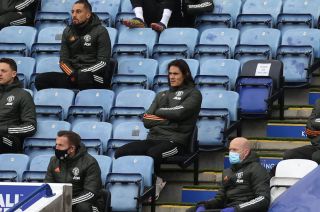 The Uruguayan Football Players’ Association have deemed that the English FA are the ‘discriminatory’ ones in the racism storm involving Manchester United striker Edinson Cavani.

Edinson Cavani has been punished and is in the middle of serving a three-game ban from English football’s government body for a controversial post that was never intended to be racist.

After inspiring United to a 3-2 win with two goals and assists against Southampton, Cavani simply responded to a congratulatory message with ‘Gracias Negrito’.

The term translates to ‘Thanks Black’ which is why the FA are up in arms claiming offence was caused as a result, but ‘Negrito’ can be used positively in Spanish-speaking Latin American countries.

The players’ association has requested the FA to overturn Cavani’s suspension, as seen in the statement attached below:

"Far from condemning racism, the English FA has itself committed a discriminatory act against the culture and the way of life of the Uruguayan people." pic.twitter.com/dCZTtNbjzP

Cavani’s first game of the ban was against Aston Villa — but he will also miss the upcoming cup matches against Man City and Watford.