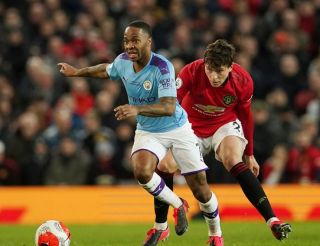 Ole Gunnar Solskjaer will be carefully considering his line-up as the cup holders visit Old Trafford.

It’s not often we get a five day break between games, so the team has had plenty of time to prepare and we are expecting to see a full-strength side in action.

I reckon Solskjaer will use the FA Cup clash against Watford to rest a few players — but not all (!) — in order to have the players ready again to face Burnley in the Premier League.

We will wait for an update from the manager on Victor Lindelof before suggesting whether he will be fit or not, but he’s missed the last two fixtures with a back problem and Eric Bailly has done very well in his absence. There’s no real cause for concern at the back which is strange when you think back to how woefully we’ve been defensively this season.

Elsewhere in defence, Harry Maguire is likely to start with Aaron Wan-Bissaka at right-back. On the other flank it will be a toss between Alex Telles and Luke Shaw. Dean Henderson is also likely to start between the posts, as per ManUtd.com.

The manager has a number of options to select from in midfield, with Scott McTominay and Fred being his preferred duo this season. However, some weeks Solskjaer has decided to alternate that with a Nemanja Matic-Paul Pogba pivot.

My thinking for this game is we are going to need Fred and McTominay’s energy in the middle to cope against a side which likes to dominate possession.

Marcus Rashford, Anthony Martial and Mason Greenwood are all available but Edinson Cavani is serving the second of a ridiculous three-game suspension.