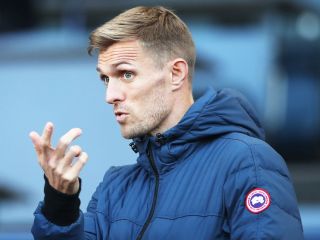 Fletcher, who came through the youth system at United before making over 300 first-team appearances, knows what it’s like to be successful wearing the Red shirt.

I’m sure this announcement — via ManUtd.com — will go down well in the dressing room.

The former Scotland captain won five Premier League titles, the FA Cup and Champions League during his time as United player. Now he will want to replicate that as part of Solskjaer’s backroom team.

Fletch moved to West Brom in 2015 to end his 20-year association at United, and finished his playing career at Stoke City.

However, in October he returned to United to take up a coaching role with the U16s.

He will now step up his duties with the first-team.

Solskjaer had the following to say about Fletcher’s announcement to the official website: “Darren has the United DNA running through his veins and he knows exactly what it takes to be a Manchester United player.

“He is at the start of his coaching career and his experience both on and off the pitch along with his winning mentality, commitment and hard work will be a great addition to the staff.”

Fletcher said: “I am delighted to be returning to the club as a first-team coach.

“It’s a very exciting time for this young team and I am looking forward to taking the next steps in my coaching career by working with Ole and his staff.”

He’s joining at a good time, with United firing on all cylinders, sitting joint top of the league with Liverpool.

Read more: Manchester United are in a position to challenge for PL title, insists Chadwick