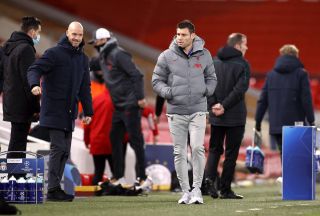 Liverpool are currently sat at the top of the Premier League but Manchester United are hot on their heels.

James Milner has opened up on Liverpool’s position in the Premier League and believes Manchester United are the only team putting a good run of form together as things stand.

All of the other teams around us are dropping points — including Liverpool as seen recently against West Brom and Newcastle United.

The two giants of English football have not competed together over a title in some time and they are set to face-off on January 17.

Ole Gunnar Solskjaer’s side must continue to push hard on Liverpool if they’re to have any chance of league success.

Milner said, as per the Express: “I think it [Liverpool position] is a positive but it seems to be at this moment in time that nobody wants to take it by the scruff of the neck.

“We’ve dropped points, everyone seems to be dropping points. United have a good run and they’re probably the only team who are putting a run together.

“It’s important that we need to kick on now and get a few three-pointers.

“But the world is in a very strange place at the moment and it’s the same in football.

“Everybody’s lives are upside down, it’s tough mentally for everybody and it’s the same in football. We just need to keep plugging away.”

Milner is not a popular guy around these parts — having played for Leeds United, Man City and now Liverpool.

It would take a lot for United to properly challenge for the title, but having Eric Bailly fit and playing well is a big bonus right now. He’s never been able to go a full season without injury so I will be holding my breathe on that front for the foreseeable future.

It’s only the beginning of January anyway.