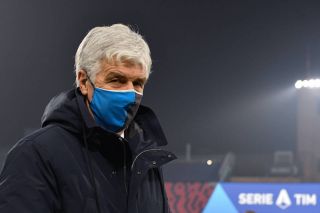 Atalanta are trying to keep Manchester United winger Amad Diallo on loan until June, according to manager Gian Piero Gasperini.

He announced that Atalanta are “working to keep Amad Diallo on loan until June” at a press conference, but respected Italian reporter Fabrizio Romano claims Manchester United want Diallo to join the club immediately and not next summer.

On top of that, Romano adds that Diallo’s priority is to join United right now.

… but Manchester United want Amad to join the club immediatly and not in June. And @Amaddiallo79 priority is to join #MUFC right now. 🔴🛩

I’m not sure how Atalanta can work this when it is our understanding that Manchester United are hoping Diallo’s work permit is sorted in January, so that he will then link up with his new team-mates.

Ole Gunnar Solskjaer confirmed last night that United had all the paperwork and that he doesn’t think there will be any obstacles when it comes to getting the player to Manchester.

But now it sounds like Atalanta want to keep hold of the young winger until the current campaign is over.

United don’t have an out-and-out winger on the right and it would make a big difference to our attacking play, especially on the counter attack, if Solskjaer could add more balance to how we play in the final third.