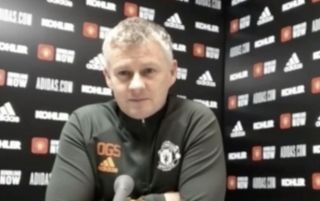 Manchester United manager Ole Gunnar Solskjaer has revealed that he has spoken to midfielder Paul Pogba behind-the-scenes after the Reds’ recent 2-1 win over Aston Villa.

The game wasn’t without its drama though after Villa pushed as hard as they could in the match’s closing moments, desperately looking for an equaliser.

Speaking after the game, manager Solskjaer has revealed that despite midfielder Pogba’s brilliant performance all round, the Frenchman did not escape a talking to after making a poor decision late-on in the game.

Read more: Photo: Manchester United sum up mood after win over Villa in a single tweet