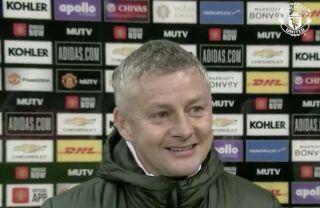 United, like Aston Villa, come into Friday evening’s exciting clash in great form and will be looking to capitalise on their game in-hand over rivals Liverpool who sit top of the table on 33-points.

Speaking ahead of the match the United boss has given his thoughts and has explained the reasons behind his team selection.

Friday’s match sees Solskjaer name a midfield pivot of Fred and Scott McTominay as well as flamboyant centre-back Eric Bailly who is making his first fourth start in a row.

💬 Ole explains his thoughts on all of the above to #MUTV: https://t.co/OPO4V6nIEE