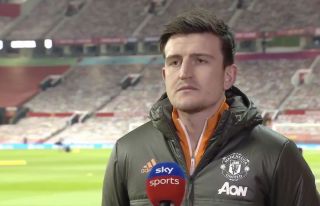 United come into Friday’s match in decent form and looking to take full advantage of their game in-hand over league leaders and arch-rivals Liverpool.

Elsewhere, Aston Villa will be hoping to continue their remarkable form as they look to break-up the league’s top four.

Speaking ahead of the mouth-watering tie, Maguire has revealed that the Red Devils are heading into the match full of confidence as they continue on their mission to claim silverware.

Friday’s match which is being played at Old Trafford is scheduled to kick-off at 8pm UK time.