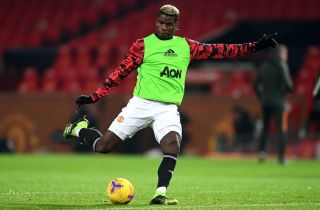 Manchester United can go level on points with league leaders Liverpool tonight if they can beat Villa at Old Trafford.

There is plenty of reasons to be optimistic as a United fan going into the New Year, but we’ve got to keep winning football matches if we aim to take part in a title race.

We can talk about being potentially involved in one this season because things are looking good. Though we’re not naive enough to get giddy just yet because with a few bad results we could easily drop a few places down the table.

It bodes well for United’s chances that everyone is inconsistent this season. For a side defending a title — their first in 30 years — Liverpool will be very disappointed with a number of their results this season.