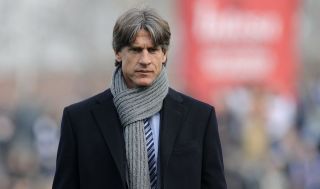 Fernandes, 26, joined United last January from Sporting Lisbon in a deal worth £49.5m, as per Transfermarkt.

Since his arrival in Manchester, Fernandes’ impact both on and off the field cannot be underestimated.

After featuring in 45 matches in all competitions for the Red Devils, the talented attacking midfielder has already been directly involved in a stunning 43 goals.

United’s form has been turned on it’s head since Fernandes joined and as a result, the red half of Manchester can now be considered genuine title contenders for the first time in a long time.

Speaking about Fernandes’ monumental rise in England’s top-flight, former Novaro sporting director Giaretta who now works with Watford has rolled out the superlatives.

“At the time he was still playing in the under 18 team, but his technical qualities were evident to everyone,” Giaretta told Calciomercato (as quoted by Sports Witness) “In addition, he was different from the others because he already had the charisma of a leader, a decision maker.

“I had confirmation of this when I contacted him for the first time, through his agent. I was impressed by his mental strength and the intelligence with which he faced his days.

“He did not let himself be distracted by anything, he was not interested in extra sporting entertainment and leisure.

“I remember that after two months at Novara he already spoke Italian very well. I still use him as an example for many young people.

“Yes, I hear from him often, even a couple of times a week. I can say that he is the same guy I met at Boavista, with a great personality, with the same desire to work to become the best: he is one who is never satisfied, who aspires to a lot, even in his humility.

“He will never say it, but someone with his stats can only dream of important goals such as the Ballon d’Or.

“Since joining Manchester United, he has made 44 appearances and 26 goals, without mentioning the assists and plays for his teammates: he has always been decisive, also establishing himself as a leader.”

United have not had a player win the Ballon d’Or since Cristiano Ronaldo claimed the illustrious award back in 2008.

Can Fernandes’ name really be in the mix for the world’s best male footballer? – Let us know in the comments. 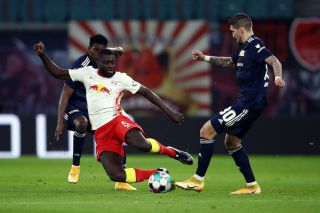