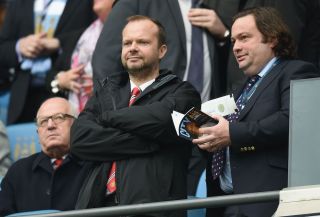 United have been rumoured to be in the market for defensive additions for quite some time.

After Chris Smalling departed the club after 10-years of service to join AS Roma earlier in the summer (Sky Sports) and the likes of Marcos Rojo expected to follow suit, it is only a matter of time before the Red Devils look to replenish their back-line.

In addition to the speculation surrounding Rojo’s Old Trafford future, long-time servant Phil Jones is also rumoured to depart the club he has been at since the days of Sir Alex Ferguson.

In an attempt to trim their defensive options and add some much needed quality to the squad, 90min claim that the club’s decision makers have drawn up a five-man shortlist of possible additions.

However, it has been suggested that Villarreal’s Pau Torres is the highest name on the list after the highly-rated Spaniard continues to impress in La Liga.

Torres’ current deal at Villarreal does not expire until 2024, therefore, should United opt to make a move they’re going to have to fork out a hefty sum in order to land the 23-year-old.