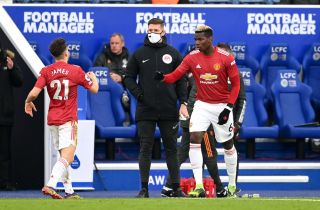 James, 23, joined United from Championship side Swansea 18-months ago in a deal which cost the Red Devils just £16m, as per Transfermarkt.

Since joining, the electrically paced Welsh attacker has endured an up and down spell at Old Trafford.

After scoring on debut against Chelsea, James has gone on to be directly involved in just 13 goals from 54 appearances in all competitions.

The 23-year-old’s underwhelming form has seen him fall way down Ole Gunnar Solskjaer’s pecking order as the likes of Mason Greenwood and Marcus Rashford continue to occupy the Reds’ wide positions.

According to a recent report from Todo Fichajes (relayed by the Mirror), James has emerged as a shock January loan target for relegation threatened West Brom.

The report claims that Allardyce would like to sign James on a six-month loan deal in an attempt to reinforce his side’s attacking options.

After a recent 5-0 hammering against Leeds United, West Brom currently sit 19th in the Premier League table and are four-points from safety.