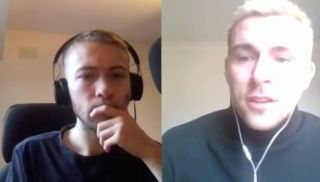 Eric Bailly is getting a look in again at Manchester United.

I have long preferred the Ivorian to Victor Lindelof when it comes to who should start for Ole Gunnar Solskjaer’s side, but Bailly has not been able to go a season without serious injury and that has held him back.

Lindelof has had back problems this season which is mentioned on the podcast.

Mike, on the other hand, seems to accuse me of getting ahead of myself and he’s probably right.

United are doing really well at the moment and it has been a long time since we’ve been considered title contenders.

It takes time getting used to because you don’t want to say anything that will leave egg splattered across your face.

Anyhow, plenty of reasons to be confident. The squad is doing well and United are moving forwards.

One response to “Video: Man Utd fans discuss Bailly at centre-back and whether an agenda exists against Solskjaer”