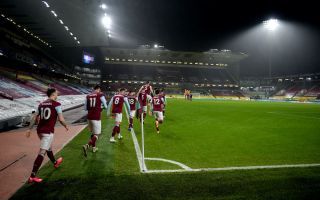 Manchester United are waiting to hear back from the Premier League on why an already postponed match — away to Burnley — has still not been allocated a date.

The trip to Turf Moor was originally set for the opening weekend of the season but the match was pushed back to 2021 because of United’s Europa League semi-final participation in mid-August.

Manchester based newspaper M.E.N points at the week beginning January 11 due to United not having any midweek matches, and that isn’t a match shout but they really need to let the clubs know soon when the game will take place.

But there are fears the game could be pushed back as late as April due to United being in the Europa League and playing matches on Thursday nights.

The Red Devils are are five points behind Liverpool in first, with a game in hand.

City’s league match at Everton on Monday night was postponed four hours before kick-off because of a COVID-19 outbreak at the club.